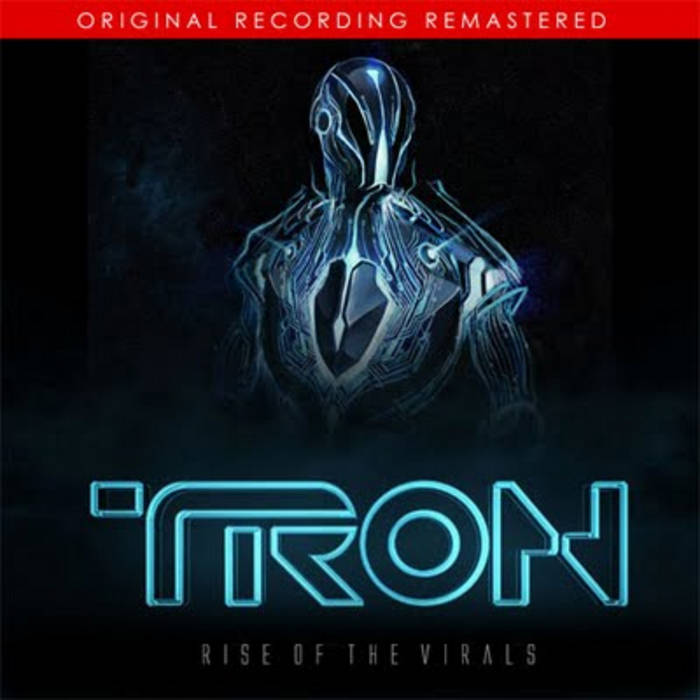 2nd February 2011 - The album is now FREE to download again although any and all contributions are gratefully received and will be pumped straight back in to keeping the project alive.

In late 1998, I was commissioned to compile and produce the soundtrack for a sequel to the film "Tron". A draft of the story had already been written and early filming had begun (as reported by ZDNet on July 27, 1999). As I understand it, the film was kept in great confidence with the producers as Pixar was still in negotiations with Disney about the responsibilities of the production teams.

"Rise Of The Virals" was a fantastic, but much darker storyline from the original -- different from the "Into The Machine" pitch made to Disney by another party. It involved updating the ENCOM universe to a networked system (thanks to the Internet), but also created a darker world -- full of programs abandoned as buggy systems (or "mutants") and abused by corrupt users as viral systems. Furthermore, the story included the death of Flynn and presented questions about the digital life of programs lasting beyond the mortality of their creators -- the users.

My task was to compile great underground artists to create a new soundtrack for this darker world of Tron. After the completion of the initial tracklist and first production draft of the soundtrack, it seemed as if negotiations between Pixar and Disney had broken down. Funding for the project was eventually pulled.

I have been most excited to see the announcement of the third film, the new "TR2N" (Tron: Legacy), especially with the involvement of those who will be creating the new soundtrack. It is obvious to me that "Tron: Legacy" takes place after "The Rise Of The Virals" without abandoning its first concept. Perhaps that is why we've seen sites like Flynn Lives creep up in anticipation of the new film.

I've decided to release the preliminary version of the soundtrack which includes a special remix of Journey's "Any Way You Want It" produced specifically for "Rise Of The Virals". Journey provided two songs to the original "Tron", and their song "Separate Ways" will reportedly be on the "Legacy" soundtrack as well. In any case, since the story of "Rise Of The Virals" takes place between the first "Tron" film and the upcoming "Tron 2: Legacy", I can't think of a better title for this material other than "Tron 1.5". I hope you enjoy the music these artists have put such great work into.

A big THANK YOU to the creators of the original Tron for inspiring us and not sueing the hell out of us!

Bandcamp Daily  your guide to the world of Bandcamp

MF DOOM is given his flowers, plus appearances from MC Jada Imani and Stanley Ipkuss